VANCOUVER, BC, May 10, 2021 /CNW/ – Libero Copper & Gold Corporation (TSXV: LBC) (OTCQB: LBCMF) (DE: 29H) is pleased to provide an update on 2021 exploration plans for its Big Red and Big Bulk porphyry copper projects located in the Golden Triangle of British Columbia, Canada, as well as recent advances on its Esperanza porphyry copper-gold project located in San Juan, Argentina. Exploration at Big Red will follow up on the discovery of porphyry copper mineralization at the Terry target commencing in June. Drilling of Big Bulk will test a new geological model in July.

“June will see us return to the Big Red project with a substantial drill program focused on advancing the new porphyry copper discovery that was made at the Terry target at the end of the 2020 field season. The 2020 holes intersected strong copper mineralization that started at surface and continued throughout the holes, the depth of which was limited by the RC drill rig,” comments Ian Harris, Chief Executive Officer. “We look forward to returning to Terry with a diamond drill capable of testing the target at depth and to begin defining its extent. Last year’s drill holes were at the margins of a large 1+ km diameter geochemical and geophysical anomalies. The drill program is fully financed to deliver what should be an exceptional year of results, putting Terry on the map as a new porphyry copper deposit.”

Big Red is a 26,000-hectare district-scale land package located 45 kilometres southwest of Telegraph Creek along the Barrington Road, 70 kilometres north of Galore Creek, and 120 kilometres west of Red Chris in the Golden Triangle, of northwestern British Columbia, Canada. The project has both road access and an airstrip.

Fieldwork at Big Red is planned to commence in early to mid-June dependent on seasonal snowpack. To further refine follow-up drill targets around the discovery holes at Terry, a detailed mapping and soil sampling program will be carried out. In addition, and concurrent with the mapping and sampling, a 1.2 km2 3D induced polarization (IP) grid will be employed to provide additional drill targeting vectors. A 5,000 metre drill program is planned, with holes in excess of 500 metres designed to test the depth of mineralization.

The Big Bulk porphyry copper-gold project is a multiphase late Triassic intrusion hosted in Hazelton and Stuhini volcanic and sedimentary rocks analogous to Galore Creek and KSM and located 50 km southeast of Stewart, BC in the Golden Triangle. The project was initially explored by Teck and Canadian Empire from 2001 to 2003. Drilling in 2003 intercepted 21 metres of 1.17% Cueq* (0.86% Cu and 0.4 g/t Au) from a depth of 12 metres, and 53 metres of 0.46% Cueq* (0.31% Cu and 0.2 g/t Au) from 143 metres depth to end of hole, which was not followed up on. New interpretations based on recent geologic mapping by the British Columbia Geological Survey indicate that the target is a much larger calc-alkaline porphyry system tilted on its side with higher grade mineralization in a discreet mineralized phase that was not targeted by historic drilling. Big Bulk is fully permitted and drill ready. A 2,000 metre drill program is planned to commence in July.

In anticipation of receiving a drill permit, work compiling and assessing the historic data of the Esperanza project has been progressing to enable Libero to react quickly once permits are secured. Detailed relogging of all Canyon Stock holes has been completed, including Latin Metal’s 2018 discovery hole 18-EP-025, which intercepted 387 metres of 0.78% Cueq* (0.57% Cu and 0.27 g/t Au), and included 232 metres of 1% Cueq* (0.74% Cu and 0.33 g/t Au). Mineralization starts at surface and is open at depth and in all directions. No subsequent follow up drilling has been done on the property.

Relogging of multiple holes has substantially enhanced the understanding of the rocks in the Canyon Stock area, where exceptionally low levels of oxidation have been noted in porphyry phases. Additional recent observations confirm the primary mineralization to be hypogene in character (Figure 1), supporting a model whereby drillhole 18-ESP-025 was collared into the core of a strongly mineralized porphyry at valley bottom. The cross-cutting relations of various vein sets indicates a long-lived mineralizing event necessary for the high-grade copper enrichment noted in the porphyry phases. Upcoming drilling will test the depth and lateral continuation of the porphyry.

The Miocene-aged Esperanza porphyry copper-gold project is located in San Juan, Argentina. The project is currently undergoing permitting with a 5,000 metre drill program planned to commence as soon as permits are received. 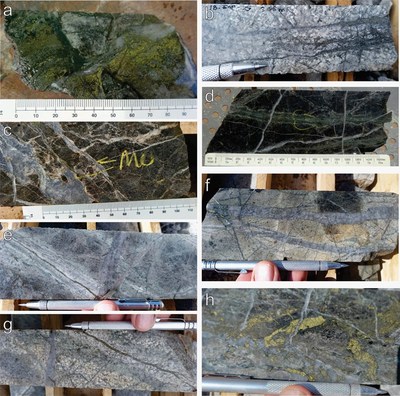 Libero is unlocking the value of a collection of porphyry copper deposits throughout the Americas in prolific and stable jurisdictions. The portfolio includes Big Red (a new grassroots discovery) and Big Bulk in the Golden Triangle, Canada; Esperanza in San Juan, Argentina; and Mocoa in Colombia. These assets are being advanced by a highly disciplined and seasoned professional team with successful track records of discovery, resource development, and permitting in the Americas.

The technical information contained in this news release has been reviewed and approved by Dr. Thomas Mumford P.Geo, who is a Qualified Person as defined under NI 43-101. 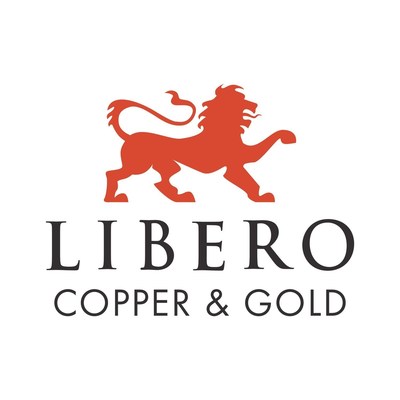