Graphite demand is surging and as Elon Musk famously stated last year “our cells should be called nickel-graphite because primarily the cathode is nickel and the anode side is graphite with silicon oxide.” The boom in lithium-ion battery megafactories in China underpins the surge in graphite demand; China is forecast to have 5 million electric vehicles on the road by 2020. Factoring in the  ~625,000 electric vehicles already on the roads in China that still leaves a projected 350 million pounds of graphite demand from China alone over the next four years.

While China is the world’s largest graphite supplier the vast majority of its graphite is amorphous lower grade graphite not suitable for electric vehicle batteries. Premium grade large-flake graphite is in much shorter supply and it is this premium graphite which is highly sought by battery manufacturers.

The world’s highest purity graphite is found in Sri Lanka. Sri Lanka is the only region in the world that produces vein (lump) graphite with a carbon content of more than 90%C in commercial quantities. From a mining standpoint Sri Lanka is also a highly favorable country from which to operate, with a streamlined permitting process that can take as few as four weeks once a company is an established operator within Sri Lanka.

Canadian based Ceylon Graphite (TSX-V:CYL) has moved quickly by snapping up over 100 1 km² grids containing proven vein graphite deposits across Sri Lanka. These unique and comparatively higher margin vein (lump) deposits currently make-up less than 1% of the world graphite production. When graphite prices were lower and the forecast was less optimistic smaller deposits weren’t of interest to larger mining companies, however, the economics and future outlook has changed considerably during the last year with demand projected to grow 13%-16% annually through 2020. 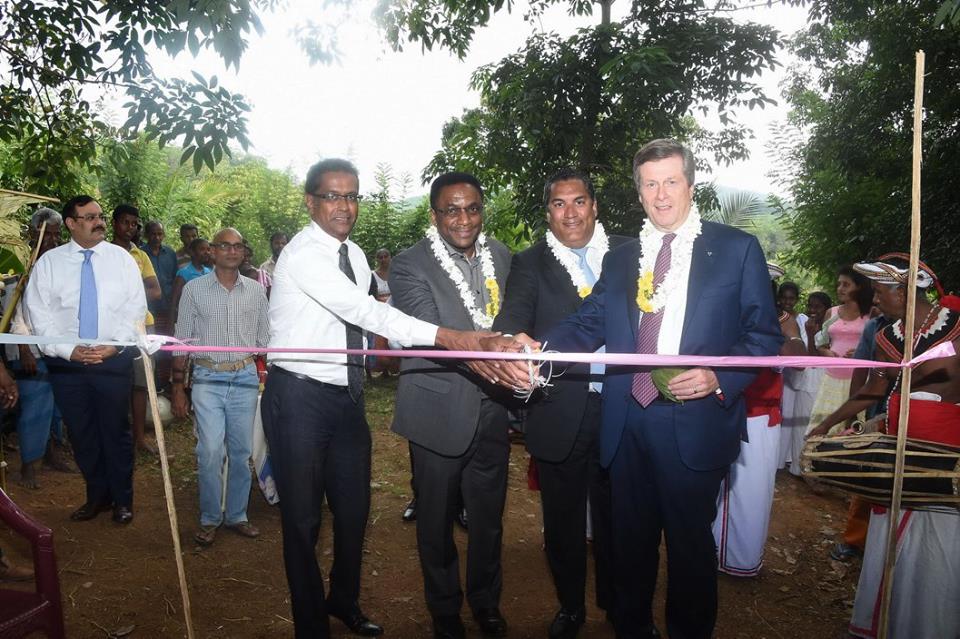 The most remarkable aspect of the Ceylon Graphite story is the company’s rapid timeline to commercial production; Ceylon expects at least one of its grids to move into production within the next 4-6 months. Moreover, Ceylon is focused on reaching 25,000 tonnes per annum (tpa) of graphite production by the end of next year. Ceylon’s objective is to aggressively explore its property package via VLF (VLF is on site in Sri Lanka as of this week) and drilling (starting soon) in order to prioritize its top 10 grids which will enable it to reach its 25,000 tpa goal.

Ceylon finds itself on a fast-track to producing the highest grade graphite on the planet at 90%+ gross margins; Sri Lankan grade graphite currently demands ~US$1500/tonne while Ceylon’s average mining cost is less than US$100/tonne. Due to a shortage of natural graphite globally most battery manufacturers are planning to use synthetic grade graphite which costs many times more, currently over $10,000/Tonne.

CYL Chairman and Chief Executive Bharat Parashar stated the company’s goals for the rest of 2017 as follows: 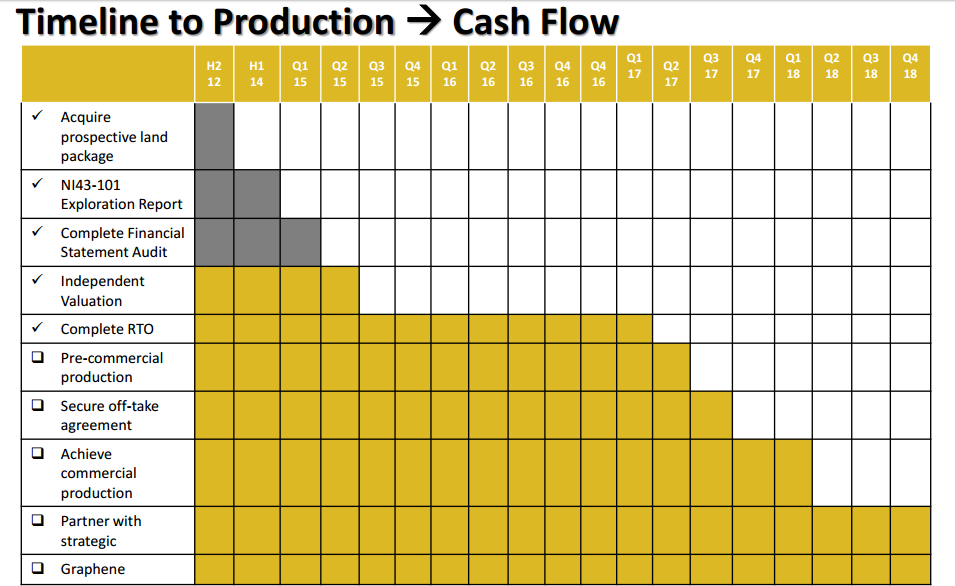 It is estimated that each grid will yield 200/250 tonnes of premium graphite per month. The cost to put each grid into production is very low, approximately US$250,000-US$500,000 per zone. Ceylon is committed to identifying the 10 best grid properties in order to yield close to 300 tonnes per month which when multiplied by 10 grids will ultimately enable Ceylon to reach its goal of 25,000 tpa of premium graphite production.

To put this into perspective 25,000 tpa of graphite production at the current market price of US$1,500/tonne will yield gross revenue of US$37.5 million. Given that Ceylon’s fixed operating costs are negligible (less than $1 million per year currently) and its gross margins are over 90%, a very large portion of gross revenue will flow through right into free cash flow and eventually net income. At a current market capitalization of ~US$12 million (based on a C$.40 share price) it isn’t hard to see the compelling value proposition available to investors at current prices. If Ceylon is able to execute on the above bullet points it’s difficult to see how CYL shares won’t be sitting at 3x-5x current share price levels by the end of 2017.

After reaching a fresh all-time high of C$.45 a few weeks ago CYL shares have pulled back modestly on light volume: 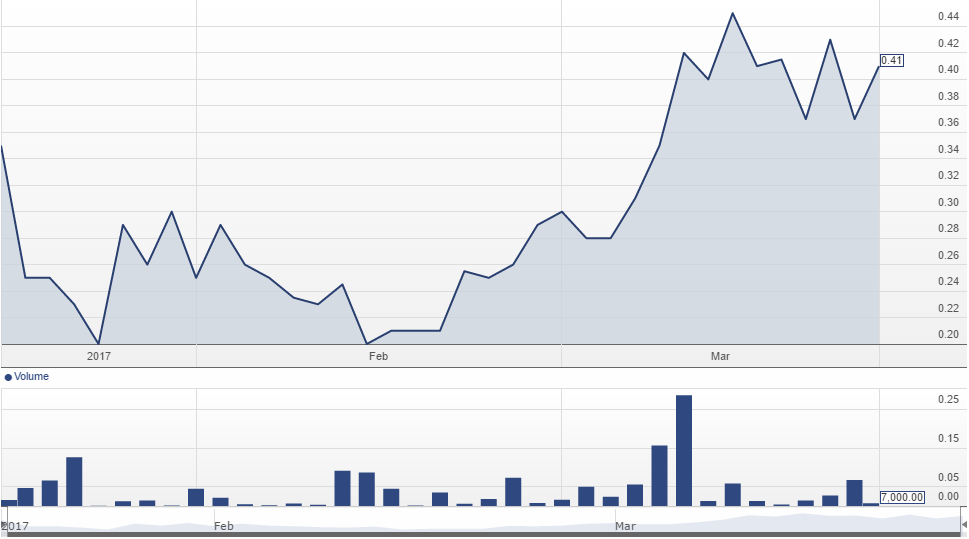 We believe this dip presents investors with a tremendous buying opportunity just before Ceylon begins releasing a steady flow of exploration results on its vast graphite grid package in Sri Lanka. In addition, with the beginning of pre-commercial production a couple of months away and the potential for a JV agreement with a battery manufacturer CYL shareholders have multiple ways to win in 2017.