Sri Lanka is home to the richest graphite mineralization in the world and much of it remains untouched beneath bedrock that older mining techniques could not access. The civil war, which ravaged the country between 1983 to 2009 and cost nearly 100,000 lives, left much of Sri Lanka’s mineral wealth untouched by modern mining technology. Only now are private companies coming into Sri Lanka with the expertise and capital required to extract the world’s highest grade vein graphite with carbon content of more than 90% in commercial quantities.

Ceylon Graphite (TSX-V:CYL) is leading the charge in exploring for graphite in Sri Lanka after securing exploration rights to more than 100 square kilometers of exploration grids which cover all relevant areas that had historical lump vein graphite production in the first part of the 20th century.

Ceylon activated its 2017 drill program at the end of April. However, progress has been slowed due to monsoon rains which have been particularly strong this year. According to CYL CEO, Bharat Parashar, the company has drilled three holes to date at the K1 site, (the first grid of its 116 grid exploration grids to be drilled) which is 40km northeast of Colombo. Results are encouraging and expected to be released soon.

There is also a plan to clean up the existing adit and shafts on the K1 site. CYL will then move the drill rig into the shaft and begin horizontal drilling with the aim of hitting large graphite veins that extend into the bedrock. The historical mining at K1 was open pit, which means that they only mined down to the bedrock. The adit ends at the bedrock, and CYL’s geologist is optimistic they will be able to find the high grade graphite veins which extend deep into the bedrock. This is important not only due to the potential for finding substantial quantities of graphite, but also because non-weathered graphite found beneath the bedrock is likely to be of higher quality than weathered graphite found at surface with a recent at surface grab sample of ~90% carbon.

While drilling has been slowed by monsoon season, CYL has been busy making sure they have the full team in place to begin mining when the time is right which includes hiring a well known respected geologist Mr. Sarath Dinalankara as a consultant two weeks ago . CYL is also in active discussions to acquire additional graphite assets in Sri Lanka. The company is optimistic that it will be able to complete accretive acquisitions over the coming months. 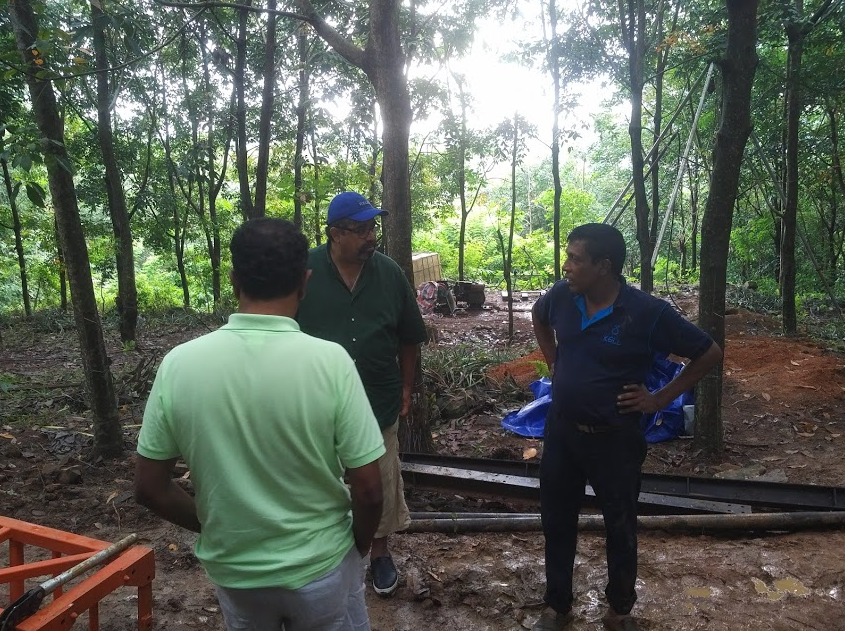 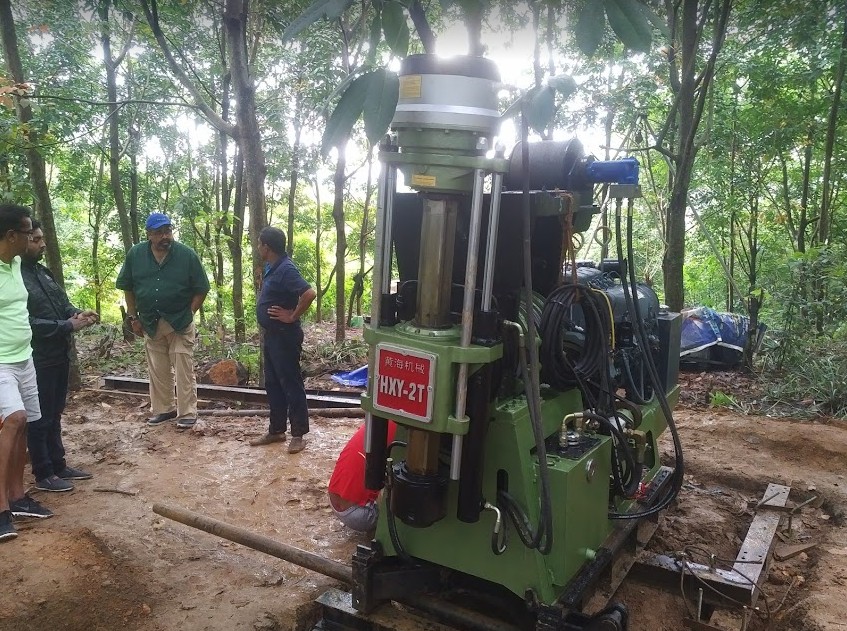 Considering that the Sri Lankan graphite industry only began to awaken from a multi-decade slumber last year, the potential which exists is absolutely enormous. Sri Lanka hosts the world’s highest purity graphite, yet only accounts for ~2% of global graphite production. This is primarily due to decades of neglect and lack of modern mining technology being deployed across the country.

The CYL story is essentially unchanged since April when CYL shares surged on the announcement of the commencement of drilling at K1, however, shares have since drifted off due to less news flow than expected as a result of the monsoon rains:

Ceylon’s goal is to have the existing mine adit and shaft at K1 cleaned and prepared for horizontal drilling by the end of July (weather permitting of course). Drill cores from the first three holes have been submitted to SGS Lanka labs for assaying, and results should be back within a couple of weeks. According to CEO Parashar, drilling on a second site should commence imminently. This could eventually result in scaling up to five or six sites being drilled by the end of the year. The goal is to methodically explore and identify large high grade graphite veins across CYL’s enormous 100+ square kilometer exploration land package (spread across 116 grids).

The recent drift in CYL shares in light volume summer trading could be offering investors an attractive entry point just before news flow accelerates during the second half of 2017. Even modest exploration progress and the beginning of commercial graphite production could see CYL shares jump to multiples of its current share price of C$.23 (C$12.5 million market cap based upon 54.6 million shares outstanding and a C$.23 share price). The company’s stated objective of initially reaching 16,000 tonnes of high grade graphite production annually would result in US$20 million of gross revenue at the current US$1,250 per tonne market price for Sri Lankan grade graphite.